How a mundane practice like mushroom picking can disregard or disrespect First Nations rights and title. And how education can help. 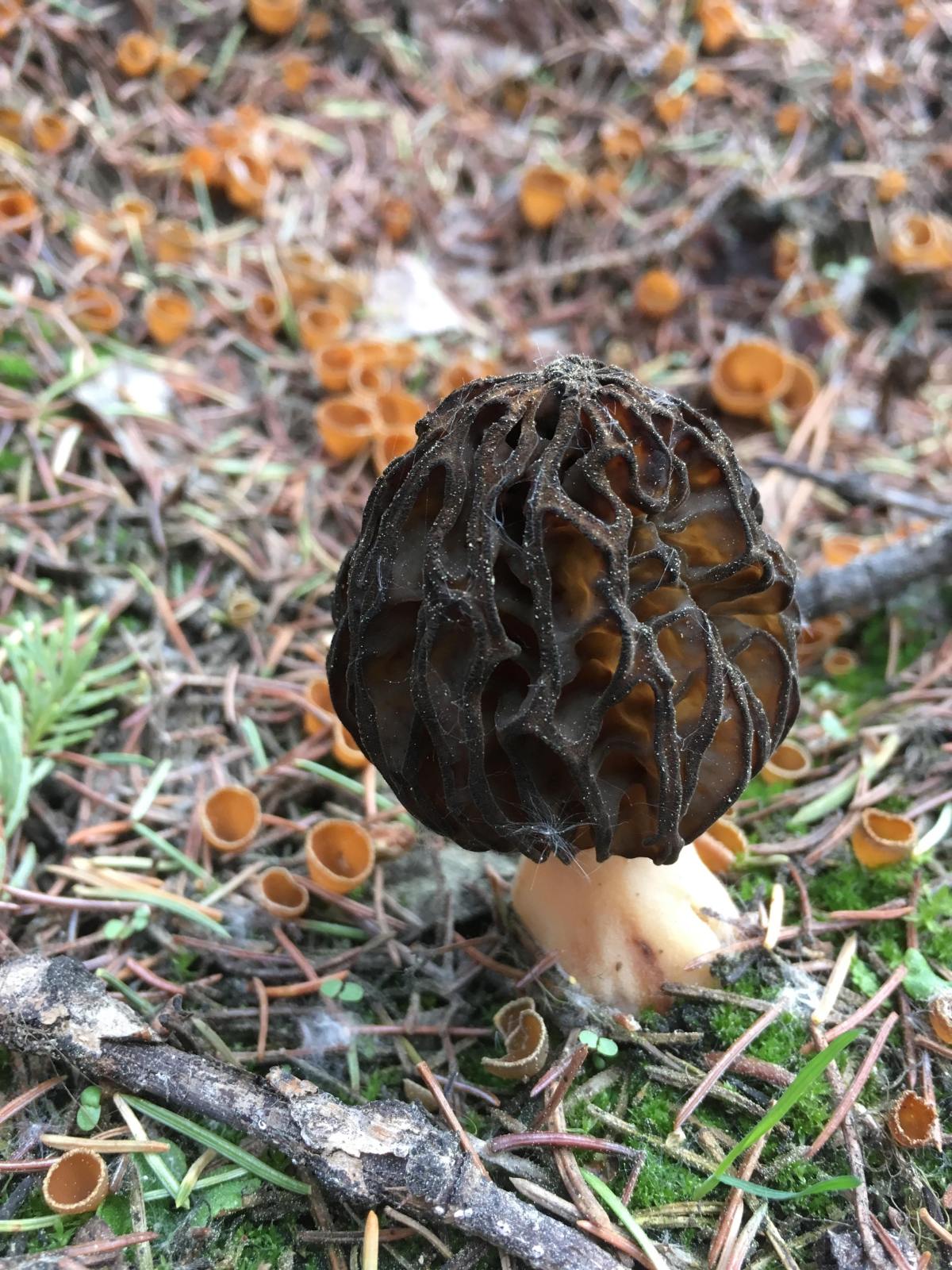 Earlier this summer, I stumbled onto a patch of resistance to reconciliation. My fellow settler neighbours did not agree that the “Crown” land behind their homes was the traditional, unceded territory of the Secwepemc Nation. My neighbours assumed that all non-reserve land had to belong to the government and therefore, what was on it, was theirs for the taking. This was despite a solid public school education on the history of how Canada was settled.

One of my takeaways from this interaction is that the education of First Nation issues needs to include discussions about how individual actions can respect First Nations rights and title. My neighbours knew the history of how Canada was settled and yet they assumed that all Crown land was Canada’s. This was despite recent new stories that the Supreme Court of Canada upheld a Specific Claims Tribunal decision that found that the Crown broke a treaty with the Secwepemc Nation and wrongfully took land from them (Williams Lake Indian Band v. Canada (Aboriginal Affairs and Northern Development), 2018 SCC 4; see https://www.cbc.ca/news/politics/supreme-court-williams-lake-1.4516522). My neighbours and I live in a town that is literally on stolen land, and that big forests around us may be Crown land on paper but in actual fact it is the unceded traditional territory of the Secwepemc.

Not all places in Canada have the convenience of knowing whose land you live on and a Supreme Court case confirming that the land was wrongfully stolen. This information is accessible to everyone in my town and it made a splash in the news when the decision first came out. This information, coupled with the education that I assumed all my neighbours received about the historical injustice of colonialism, resulted in what I assumed was a common understanding that the land around them was belonging to the Secwepemc First Nation.

It was against this backdrop that we rolled into the early summer months, the first summer after the wildfires of 2017. For several months ahead of this summer, my husband Chief Russ Myers of the Yunesit’in band in Tsilhqot’in First Nation, had been working with his nation around setting up a permitting system for picking wild mushrooms in the Tsilhqot’in traditional territory (http://www.tsilhqotin.ca/Portals/0/PDFs/Press%20Releases/2018_05_18_MurshroomPermitPR.pdf).

The Tsilhqot’in knew that there would be many mushroom pickers coming into the area and that the Province of British Columbia would not regulate them. It was up to them to create a system to ensure that the mushrooms were picked in ecologically sustainable areas.

This system had already been announced when my neighbours made their own announcement on Facebook; these women had recently returned from the traditional territory of Secwepemc Nation and had picked basketfuls of wild mushrooms. They were happy to get some healthy, organic, (free) non-GMO food.

Their glee at picking wild foods was shocking to me. I sent them messages, asking if they secured permissions from the Secwepemc Nation. My fellow settler neighbours were either silently cold or hotly angered at these questions. One woman responded to my suggestion by posting her outrage on Facebook. My other neighbours chimed in. The 93 comment thread lay clear that many people believe that it was their right to pick wild mushrooms on “Crown” land.

When I saw this, I was reminded of a few paragraphs that the Chief Justice McLachlin wrote in the Supreme Court decision, Tsilhqot’in Nation v. British Columbia, [2014] 2 SCR 257. I had been reading this decision earlier in the year, and paragraphs 114-115 always struck me as infuriating. In these paragraphs, Chief Justice McLachlin, speaking for the Court, assumes that all non-reserve and non-treaty land must belong to the Crown because to assume otherwise would leave “no one in charge of the forests that cover hundreds of thousands of hectares and represent a resource of enormous value.” This assumption overlooks the number of treaties that were made and broken by the Crown, such as in the Williams Lake case. It also overlooks the evidence that we have that many First Nations in Canada were “managing” the forests and lands without Crown approval or knowledge. These Nations did this because they had been doing it for hundreds of years prior to colonial settlement.

It’s a funny thing to see the Chief Justice and a disgruntled white lady on Facebook arrive at the same blind spot. Two people, with radically different knowledges of the law, First Nations and history, both arrive at the same, unsupportive, assumption: if I don’t know this is Native land, then it must be Crown land.

Most of the land that we have today emerged from the historic wrongs that we all learn about in school. In schools, students look at these wrongs and perhaps will look at the current legal and political systems designed to address these wrongs. I think that this leaves students with an idea of what governments or industry need to do, but it doesn’t give the students a sense of what they need to do as individuals to respect the First Nations whose land they live on. How to live ethically if the land that you live on is stolen?

To ask permissions from the First Nation to harvest wild food is a practice that is small but potentially impactful. How one asks for permission to harvest wild foods is a delicate act; it requires taking the time to learn whose land it belongs to, to reach out and contact that First Nation, to listen and really try to hear the response, which might be in a language which is not yours. This process may not be easy, and there probably is not a universal approach. But by even trying to do this, settlers are showing government and industry and all our neighbours whose land and laws we are choosing to follow. An education that connects historic wrongs with how individual actions can help reconcile the past is one way that we can get other settlers to begin this kind of practice.

After I had sent my neighbour the questions, the Secwepemc Nation came out with a map of the areas where mushroom picking was allowed. Other Secwepemc bands have also put up signage instructing mushroom pickers and buyers that they were in the unceded territory of the Secwepemc people. In a move that shows how deeply people recent “Crown” land from belonging to Fist Nations, one of these signs outside of Lac Du Boise Grasslands Park near Kamloops was vandalized with a violent and crude message (https://www.kamloopsmatters.com/local-news/education-is-the-only-answer-to-ignorance-band-chief-responds-to-racist-comments-found-on-vandalized-sign-near-kamloops-973042).

How settlers pick wild mushrooms and other wild food can be a case study on how individuals can take small steps to recognize and reinforce (or deny and erase) First Nations right and title. Teaching the “Big History” or “Big Law” of First Nations rights and title is important, but may not be enough. In these lessons, there is an opportunity to also interrogate what mundane, everyday practices that settlers may be doing that disregards First Nations rights and title. It is in these small acts, as simple as picking a blueberry, or talking to your neighbour, that can help us all carry the responsibilities of reconciliation.

Many thanks to Rebecca Johnson and Gillian Calder for their helpful and patient edits and suggestions.

One thought on “Wild Mushrooms or Wild Land: Do you have permission to pick wild food on “Crown” land?”